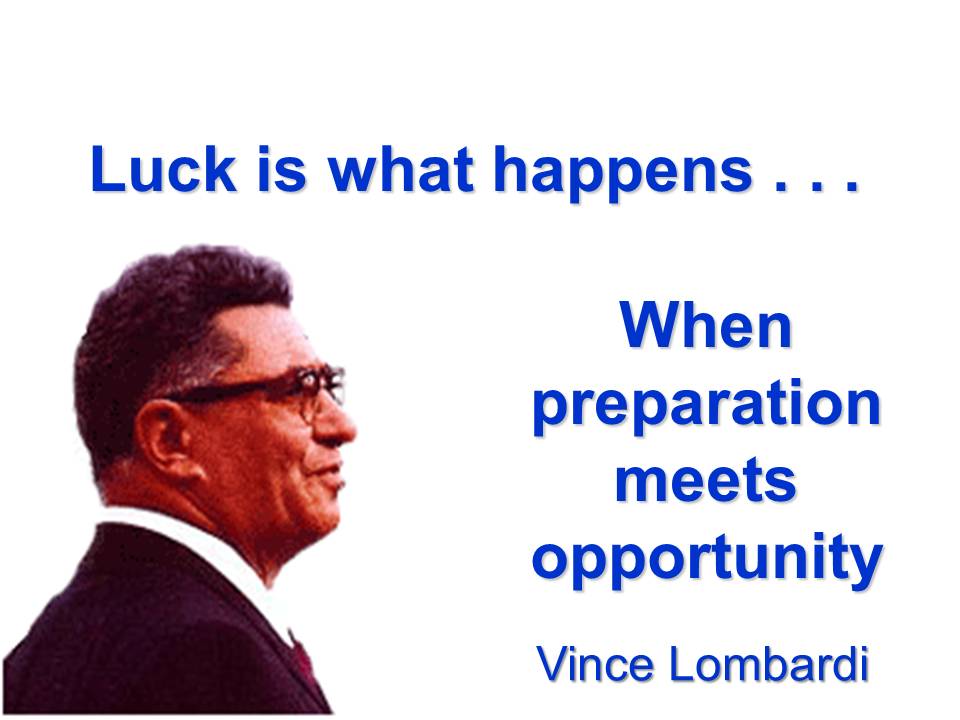 I have had a few, but one that comes to mind for me. Early in my life, and career, I went to a Tony Robbins, event “unlimited power”. And wanted to go to Certification a 2 week program, in Austin Texas a couple months in the future. I could not afford the four thousand dollars (no credit cards back then–except a BIZ AMEX), Nor could I afford, the flight (I did have some FF miles), hotel, etc.

But something he said resonated with me. “Make the commitment to your goals, and the solution will show up”. You have to be COMMITTED first. I recall something about coming to america, and burning the ships. SO. I put a small deposit on “certification” and started trusting the universe. For about a while, I tried to figure out, since i had a couple of months, how to pay the rest the fee. Eventually, I came to the conclusion, I can’t go. Can’t afford it. But it was on my mind constantly.

A friend of mine, TIM, was going to Las Vegas. I had never been. He said I could stay with him. I had some FF miles with Northwest. So I could go. And I had saved $500 (for the course) but not nearly enough. I really need 5-6k or so. What would you do? I said screw it, I am going to Las Vegas and have fun. That is where it got interesting.

A few minutes later, 7 of the 8 rollers, lined up. The lights started flashing, and all hell broke loose. People. Security. A crowd. I asked one of the lady queens, what did I win. She said $10,000 dollars. I was pretty happy. Then I asked what if the 8th roller had lined up. She said u would of won. 300k. I knew I should of asked to the universe for more (I need 300k. :)30 minutes later, they handed me 10k in Cash. Unbelievable.